As we have many members, we put the award winners- be it international, national, state-wise or district-wise, in our website depending upon the space availability for our enthusiastic clientele. 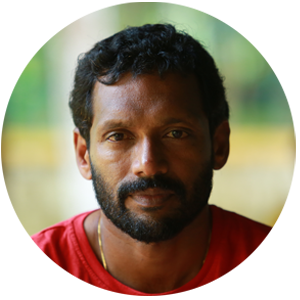 A national award winner, R Santhosh Babu was born in 1971 at a hamlet called Nooranad in Aaappuzha district in Kerala. As a writer, he began his literary career by publishing his stories in leading magazines in Malayalam. His first collection of stories "Aakasha Yathrakal" published by Fabian books. He translated some of the Japanese stories in to Malayalam which published by dc books titled as Viswa Sahithya Cholkathakal". He is an excellent orator, educator, filmmaker and a philanthropist. He won the National Award for his short film 'Kavile Pattu' (the song in little forest) in 2014 titled green snippets award by Kerala bio-diversity board. He has a passion for natural photography. His film "Thaniye' (by oneself) has been selected among the top 100 entries from among 850 film from 8 countries in 20 languages. The best known for his short films are "the unspoken pain, time travel, after yesterdays" etc. As an actor he also worked with the international filmmaker dr. Biju's film "Raman". He is working as a theatre artist in children's' theatre and amateur theatre. More than 8 plays he scripted and directed for children titled as meenakshi, nerum nunavut, bishop candles, ungle porinju, oru muthassikatha, padachonte choru, the refund etc. Now he lives and works in Kerala and Mumbai both. 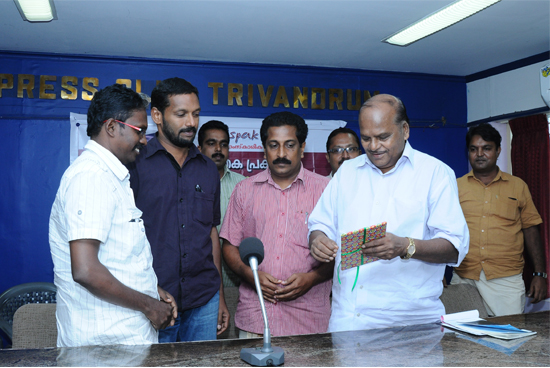 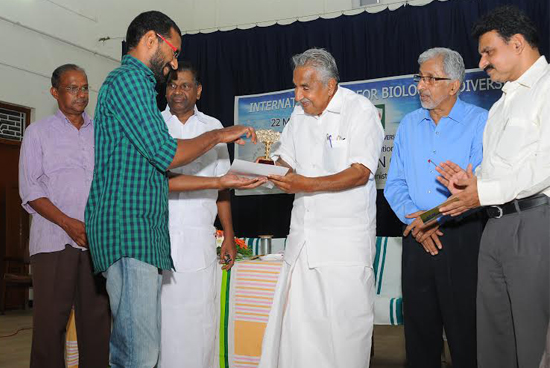 The momento and prize money of the National Award given by
Kerala Chief Minister Sri. Umman Chandy at a function in Trivandrum, Kerala
for our short film KAVILE PATTU